Other than Sprinkle Publications, does anyone know of any resources available on Christians during the civil war? I’m particularly I interested in writings, sermons, lectures, etc., that were given during the civil war that were attempts to justify the actions (or inaction) of the union and the confeferacy. I’m more interested in resources from the Union, since there’s already an abundance of books on southern Christians who supported the confederacy (????). Thanks

I recommend reading the historian Harry Stout's book, Upon the Altar of the Nation, which will point you to about a zillion resources on the subject, although even then you will be only scratching the surface of an enormous topic.

Most Christians in America at the time (predictably) supported whatever side their state rooted for in the conflict. Had Virginia remained in the Union, Robert E. Lee would have fought for "the North." What is much more interesting to consider are the views of Christians outside the United States.

Have you gone through this collection? I think is is generally Yankee material
https://guides.library.harvard.edu/hds/civil-war/hds/civil-war-sermons

Have you gone through this collection? I think is is generally Yankee material
https://guides.library.harvard.edu/hds/civil-war/hds/civil-war-sermons
Click to expand...

That is a useful resource, which I am bookmarking for future reference.

Have you gone through this collection? I think is is generally Yankee material
https://guides.library.harvard.edu/hds/civil-war/hds/civil-war-sermons
Click to expand...

Thanks! I’ll check it out.
B

Reformed Covenanter said:
What is much more interesting to consider are the views of Christians outside the United States.
Click to expand...

For example, Charles Spurgeon lost between 50%-75% of his American readership when he criticized Southern slavery and supported the Union during the war.

This is an interesting book and free. It talks about revivals during the Civil War and how Bible societies went about getting Bibles for the soldiers. 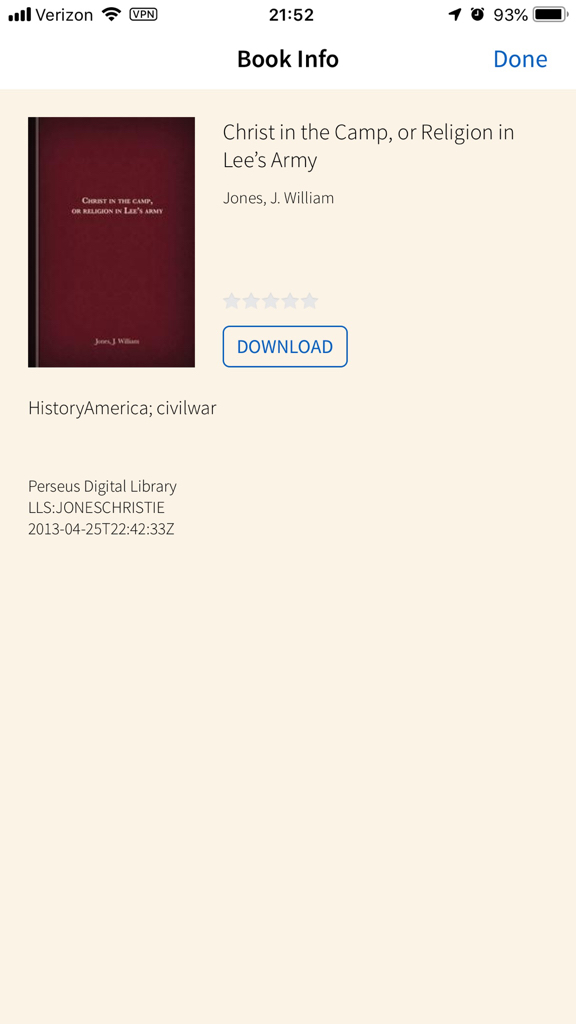 Sent from my iPhone using Tapatalk

Our own @Alan D. Strange recently published a book on Charles Hodge's view of the spirituality of the church that may touch on this issue. I haven't read the book but I did listen to an interview he did about it on the Reformed Forum.
Last edited: Apr 9, 2019

Here are a load of sources on the Civil War available for free on Logos. I will have to check them for the formatting quality, but given that they cost nothing you may as well avail yourself of them.

“A south side view of slavery” was written by a congregational minister and an abolitionist from the north. He went south for a few months to see it first hand and wrote about it. Interesting read. You can get it on amazon in paperback and kindle. I think it was published in 1854.

Blueridge Believer said:
“A south side view of slavery” was written by a congregational minister and an abolitionist from the north. He went south for a few months to see it first hand and wrote about it. Interesting read. You can get it on amazon in paperback and kindle. I think it was published in 1854.
Click to expand...

Nehemiah Adams was the author of the book. There are various editions of this work (published at both Boston MA and Richmond VA) available on the Internet Archive. The 1854 edition seems to have been the earliest one to be published.

Definitely pick up Mark Noll's The Civil War as a Theological Crisis and perhaps read through M.E. Bradford's fine essay on "The Theology of Secession." It is often forgotten how deeply heretical New England had become by the time of the Civil War. Unitarianism and Transcendentalism dominated, and you echoes of this heresy still reverberate every time we hear "The Battle Hymn of the Republic." Though it is very politically incorrect to criticize the abolitionists (as even Lincoln did until his election to the presidency), they were radical humanists who denied such vital dogmas as the divinity of Christ and the inspiration of the Bible. Theodore Parker, one of the most prominent Unitarian clergymen and abolitionists, spoke for his ilk when he espoused the blasphemous heresy that "every man is to be his own Christ."

Almost forgot, another must read is Eugene Genovese' A Consuming Fire: The Fall of the Confederacy in the Minds of the White Christian South. This is a particularly tragic book since it describes the failed efforts of many Southern Christians to reform the institution of slavery along biblical principles with a view towards its gradual extermination. Many Christians believed that the desolation of the Confederacy was divine judgment for their failure to do so. One wonders, had the South been allowed to leave in peace, whether or not they would have been able to eliminate slavery in a more organic, prudent, and humane manner than the process followed by the statist, Leftist Radical Republicans in the 1860s.

Civil War: Did you Know

The Confederate South as a feudal republic

The Great Revival in the Southern Armies by W. W. Bennett