Out of the Depths Have I Cried unto You - Psalm 130

Greetings beloved of the Lord,

Although a post was made recently by @Stephen L Smith, "John Owen on Psalm 130," I thought it might be helpful to someone to mention both Owen and the Psalm again.

Many years ago, in the depths of despair, I read John Owen's 324±-page exposition of Psalm 130. (vol. 6 of his Works) Owen wrote this after he had a near-fatal illness that he was sure would take his life. (although, as I recall, Owen says nothing about this in his exposition). What a cordial it was for my soul. It has become pretty much my favorite Psalm. (and that's saying a lot since I love them all. Even Psalm 88, which has no happy ending).

If you find yourself in those "depths," please consider getting a hold of this most helpful work of Owen's. The heart of his exposition, with somewhere around 200 pages, is his exposition on verse 4.


But, there is forgiveness with thee, That thou mayest be feared.​
Here's a link to a recording of Psalm 130 from the 1650 Scottish Psalter.

I read this years ago in a similar plight. I especially remember the lengths he went to for proving that there is real forgiveness with God. Owen gets you to find it all through Scripture. A relieving work for a guilty soul.

I have found my Lords Day reading for today, thank you Ed.

For those of you looking for the text: 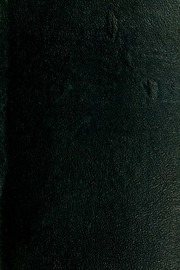 Practical exposition on Psalm CXXX : wherein the nature of the forgiveness of sin is declared; the truth and reality of it asserted; and the case of a soul distressed with the guilt of sin, and relieved by a discovery of forgiveness with God, is at l

Seeking_Thy_Kingdom said:
have found my Lords Day reading for today, thank you Ed.
Click to expand...

You won't get to verse four today, but when you do, one of the surprising things is Owen's teaching that the true discovery of forgiveness in God is a very rare thing. That floored me.

The first word of verse four, "But," reminds me of another "But," also at the beginning of another fourth verse in the New Testament.


Ephesians 2:4-7​
But God, who is rich in mercy, for his great love wherewith he loved us, even when we were dead in sins, hath quickened us together with Christ, (by grace ye are saved and hath raised us up together, and made us sit together in heavenly places in Christ Jesus: that in the ages to come He might show the exceeding riches of his grace in his kindness toward us through Christ Jesus.​
Ed

The Forgiveness of Sin: A Practical Exposition Upon Psalm 130 (eBook) | Monergism

by John OwenIn ePub. mobi, .pdf & .Docx formatsHT: Thanks to Lionel Dyck for his help with creating the docx formatTHE circumstances in which this Exposition
www.monergism.com

Psalm 130 from the Scottish Psalter

Out of the Depths