I wanted to update everyone on the situation with the Khirbet Qeiyafa ostrocon. As it turns out, most scholars are now starting to come to the conclusion that the minimalist paradigm is false. An article was written by the excavator of Khirbet Qeiyafa which is entitled, The Birth and Death of Biblical Minimalism. Even unbelievers are starting to recognize that minimalism is collapsing under its own weight.

Proto-Canaanite script is much different than the script you might find in a modern Hebrew Bible, so I would refer people to the transliteration I wrote down here in order to see just what the letters look like. Also, the inscription is read in dexagrade, that is, left to right, and not right to left as in modern printed Hebrew.

Anyway, I know that there was some interest in this topic and its relationship to minimalism back when the inscription was found, and I just wanted to give everyone an update!

I have no idea as to what you're talking about, but feel as if I should. I'm also a bit interested. Can you explain a bit more of the context?

Andrew, for a popular treatment here is an article from Popular Christianity... no, well, you know what I mean.

I have no idea as to what you're talking about, but feel as if I should. I'm also a bit interested. Can you explain a bit more of the context?
Click to expand...

Sure. Biblical minimalism is a position that denied the historicity of basically the entirity of Hebrew history up until the time of the divided monarchy. They believe that Israel and Judah formed from nomadic tribes that eventually settled down in to what is called the two kingdoms of Israel and Judah. They are largely empiricists. They tried to construct a history of Israel on the basis of archaeology alone, and said that the Bible should contribute nothing to our understanding of archaeology.

One of the major blows to this position came when the Tell Dan Stele was found. It contains the crucial phrase "the house of David" [בית דוד]. You can see the key phrase בית דוד boldened by chalk:

The responses that were given were quite absurd. The first was that this was not "David," but rather, instead, the word "Dod" as can be found in the name "Ashdod." That was later refuted when another portion of the Stele was found, and that line was shown to be in a Judaic context.

Then, I believe it was Lamare who said that he had found the same phrase in the Mesha Stelle, which chronicles the events of 2 Kings 3 from the Moabite perspective: 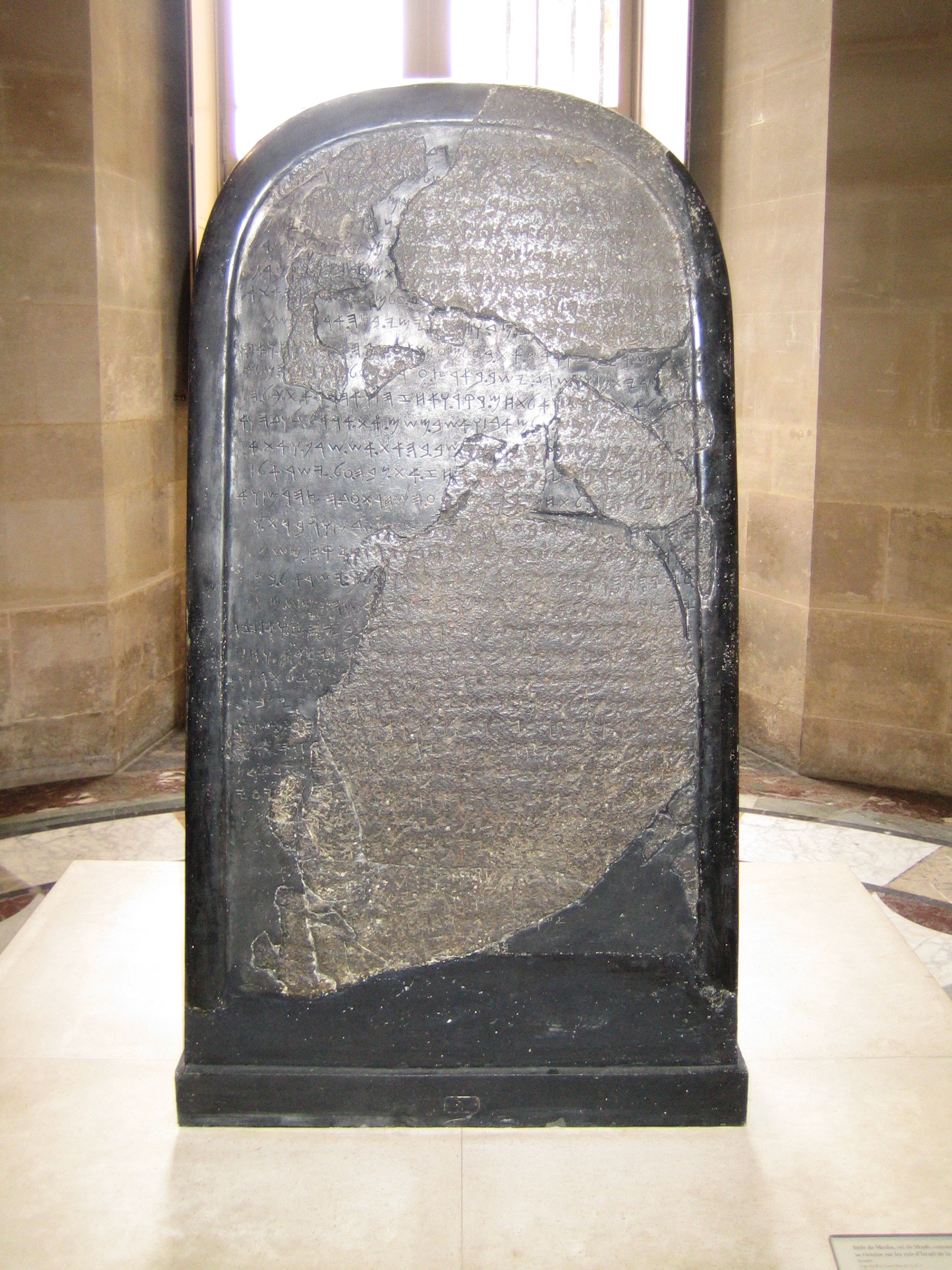 While not everyone agreed with him, to have a great Hebrew epigrapher say such a thing just added to the uneasiness of the whole minimalist position. Eventually what happened was the minimalists simply agreed that there was a David, but that he was simply the ruler of a nomadic tribe, and not the king of a nation.

This is where the ostrocon I wrote about above comes in. It was found only a few years ago in a fortress overlooking the Elah valley [the valley where David fought Goliath]. It dated from around the time in which king David would have lived. The inscription was interesting, both for its langauge, as well as its archaeological context. First of all, there were words in it that clearly represented some type of set kingdom such as king [מלך] and judge [שפט]. Second, there were words that were, although not non-existent in other Northwest Semitic languages, they were most typical of Hebrew, for example, "to do" [עשה] and "judge" [שפט]. Also, finding this ostrocon in the context of a fortress also called into question the idea that Israel was just simply a nomadic tribe.

The immediate response that the minimalists gave was that this site was not Israelite but Philistine. However, that caused major archaeological problems. First, in all of the Philistine sites uncovered so far, pig bones were found, since pig was a delicacy in Philistia. However, no pig bones were found at Khirbet Qeiyafa. Also, the gates seemed to point back towards Jerusalem-an odd thing if this is a Philistine site.

Hence, the minimalist paradigm is collapsing largely as a result of this archaeological discovery. Last I heard, one minimalist was willing to admit that David's kingdom and Jerusalem did exist, but that they were only little cow towns. However, not only is that an abandonment of the traditional minimalist perspective, I would say that it will only be a matter of time before that is disproven as well.

Thank you Adam, that was a great explanation. Fascinating stuff.

Yes, I agree, it is very fascinating to read all of the historical accounts of someone like King David in the Hebrew Bible, and then see his name on an inscription like Tell Dan. I would really like to see an excavation of temple mount, but, with the political climate of in Israel right now, the only way that would ever happen is if you don't mind being shot at.