This work reads and sounds (if preached) as though Willard could have delivered it last Lord's Day. - McMahon
Click to expand...

Samuel Willard (1640-1707) was a reformed preacher of the Gospel in the old South Boston Church in New England, president of Harvard University, and one of the great Protestant ministers of his day.

This work is set on the premise that the great design of all God’s judgments on a professing people is to reform them. It is the plight of the church that they live in the consequence of the fall of Adam. They strive for holiness, but they must be very discerning about the times in which they live, so that they may set themselves steadfastly in the work of personal reform, church reform, and reforming the world to the glory of God.

Willard explains Matthew 16:3, “Ye hypocrites, Ye can discern the face of the sky, but can ye not discern the signs of the times?” in order to press the Christian to be discerning in the day in which he lives. What is God doing? Where is God working? What are the signs of the times saying to the church? And then he explains Leviticus 26:23, “If ye will not be reformed by me by these things, but will walk contrary unto me, then will I also walk contrary unto you, and will punish you yet seven times for your sins.” The Christian is to first discern the times, and then the Christian is to be reforming in those times.

All of God’s providences stretch forth from his covenant blessing in Christ to bring his wayward people back to a right relationship with him. He reforms them so that they become real revolutionaries for his cause; and his cause is holiness of life in service to the King of Kings. A modern church that remains unreformed with a professing people who walk contrary to God’s word, there Christ will proceed in his judgments against them and strike them with blows to bring them back to him and true faith. What calamities have been brought on the church today in this? It seems Willard is striking at the heart of the church as it endures the current pandemic, calamities, famines, riots, and a number of other difficulties that our country, and many countries around the world, are now experiencing. These events have been brought in by the church and its rebellion against God’s prescription for reformation. And the content of this work is so applicable today, one would have thought Willard preached these discourses just last Lord’s Day.

This work is not a scan or facsimile, has been carefully transcribed by hand being made easy to read in modern English, and has an active table of contents for electronic versions.

Table of Contents
Meet Samuel Willard by C. Matthew McMahon
Glamourizing Reform by C. Matthew McMahon
Rules for the Discerning of the Present Times
Doctrine 1: It is an important duty lying on the people of God to labor after a skill in discerning the signs of the times which they live in.
Reformation, the Great Duty of an Afflicted People
Doctrine 1: The great design of all God’s judgments on a professing people is to reform them.
Doctrine 2: A declined professing people, may meet with sore judgments, and yet remain unreformed under and after them.
Doctrine 3: If God’s judgments do not reform a backslidden people, the blame lies in their willfulness.
Doctrine 4: An unreformed professing people do all the while walk contrary to God.
Doctrine 5: God in punishing of such a people walks contrary to them.
Doctrine 6: There is a certain gradation in the judgments of God on an apostatizing people.
Doctrine 7: God is accustomed to use intermissions in his afflicting of a people that will not reform under his judgments.
Doctrine 8: As long as a professing people remain unreformed, God will proceed in his judgments against them. 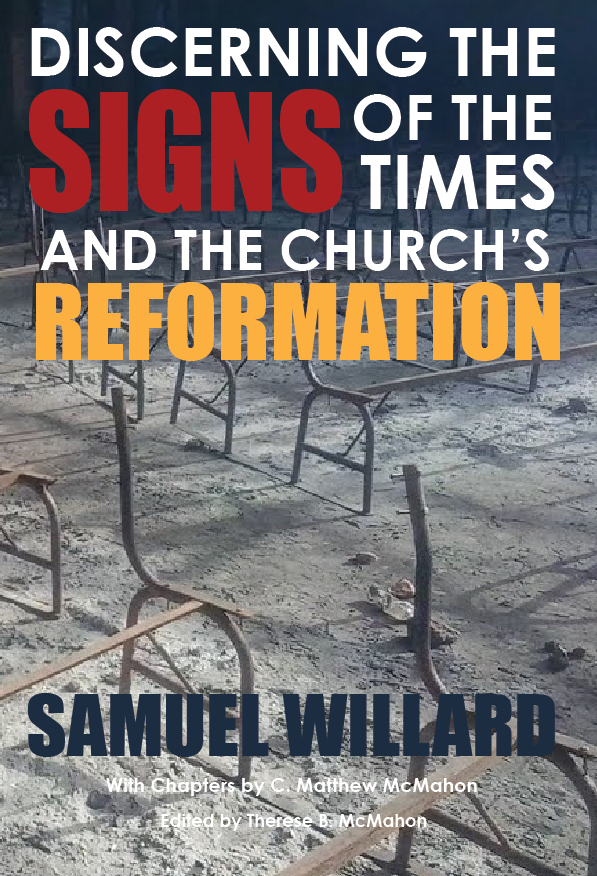 5 Marks of Biblical Reformation by C. Matthew McMahon (Book 4 in the Series)