An Open Letter to Greta Thunberg

I put this in the "Cults & World Religions" for a reason. Surely the climate change fervor is a radical activist religion that is anti-God and anti-man. I have a different religion, and the Truth has set me free.


This open letter by Jason Hill is well written and to the point. Here's the first two paragraphs.
You have declared yourself a leader and said that your generation will start a revolution. You have comported yourself as a credentialed adult and climate change activist who has fearlessly addressed politicians and world leaders. You have dropped out of school and declared that there isn’t any reason to attend, or any reason for you to study since there will be no future for you to inherit. You have, rather than attend your classes, been leading Friday Climate Strikes for all students in your generation across the globe. Your attendance at oil pipelines has been striking. There, you unequivocally declare that all oil needs to remain in the ground where it belongs.

I shall, therefore, against the backdrop of your activism, address you as an adult rather than as a child.​
Here's the link:
https://www.frontpagemag.com/fpm/2019/11/open-letter-greta-thunberg-jason-d-hill

I wish the poor little autistic girl the best. She appears unstable and coached by her crazy parents.

But I do not doubt she is sincere and she wants the best for the earth. She is idealistic. She is willing to travel and work for her beliefs. There is much commendable about her desires for a cleaner earth.

I really see her as a well-meaning victim. It is hard to like her because of what she represents. By that I do not mean environmentalism, because I count myself an environmentalist. All Christians should protect the earth. But not in the ways they are saying. They are trying to use Climate Change as a means to seize power and money from people. If the Illuminati exists, they are behind this.

But it is also hard to hate her, or even dislike her. My heart sort of hurts to watch her awkwardly field questions in a cringe-worthy manner when she is off-script. She seems convinced that the earth is soon going to end and that probably truly scares her. She is a true believer and probably lives with much anxiety over the Global Warming 12-years-to-Doomsday-Scenario. And now she has countless memes mocking her, which cannot be healthy for her obviously already unstable personality. I do not fault those memes that mock her, though. She entered into this fight, so she can take the heat.

But I do wish her the best. I even was moved to pray for her. Maybe she'll slide over into a more sane environmental position and become a lifetime success at trying to clean up plastic in the oceans. I wish her the best in that regard. May she become a champion for a worthy cause, and no longer a puppet for Soros, et al.
Last edited: Nov 14, 2019 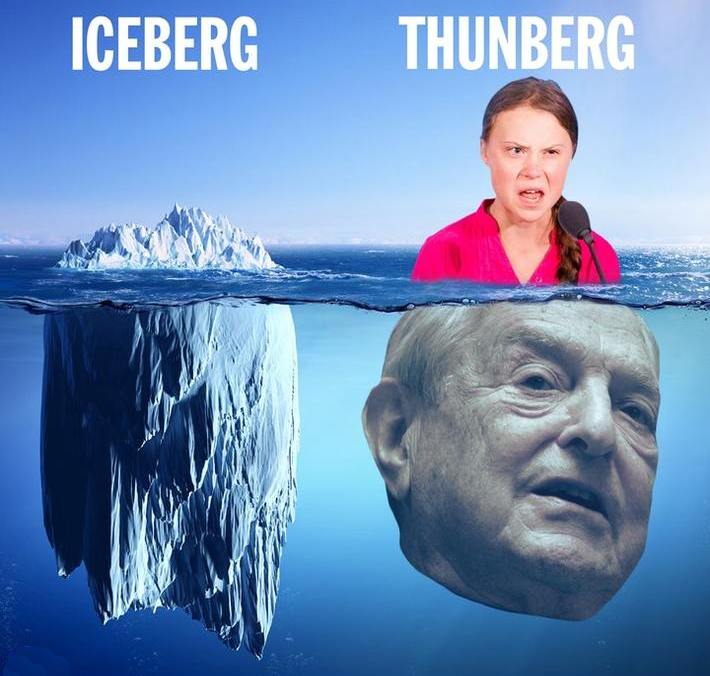